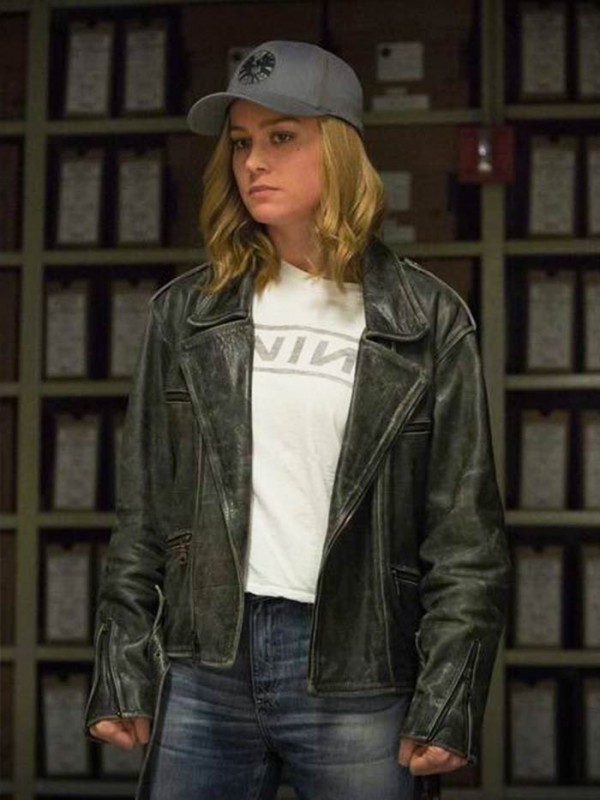 The Mega Blockbuster film Captain Marvel is based on the meta-human character of Carol Danvers played by Brie Larson who launches a war against the invaders to save the Planet Earth from fatal destruction. In short, Brie Larson Captain Marvel Leather Jacket is simply the reproduced version of the outerwear worn by the superhero character in the film.

Carol Danvers Captain Marvel Leather Jacket, without any disagreement, is made under the supervision of a highly professional team of skilled fashion designers ensuring the availability of quality wears to the customers. It’s made of real leather material to increase the longevity whereas the interior contains traditional lining of viscose fabric. Unlike buttoned closure which takes a wearer a few moments to button the outerwear, the zipper closure is given to adjust the front in a matter of nanoseconds. For a classical touch, wide lapel collar has been designed which maximizes the attraction of the wearer. In order to facilitate you, the multi-pocket feature has been added to the Captain Marvel Leather Jacket allowing a charming look of yours.